[ARCHIVE] The Launch of The Open Application Network 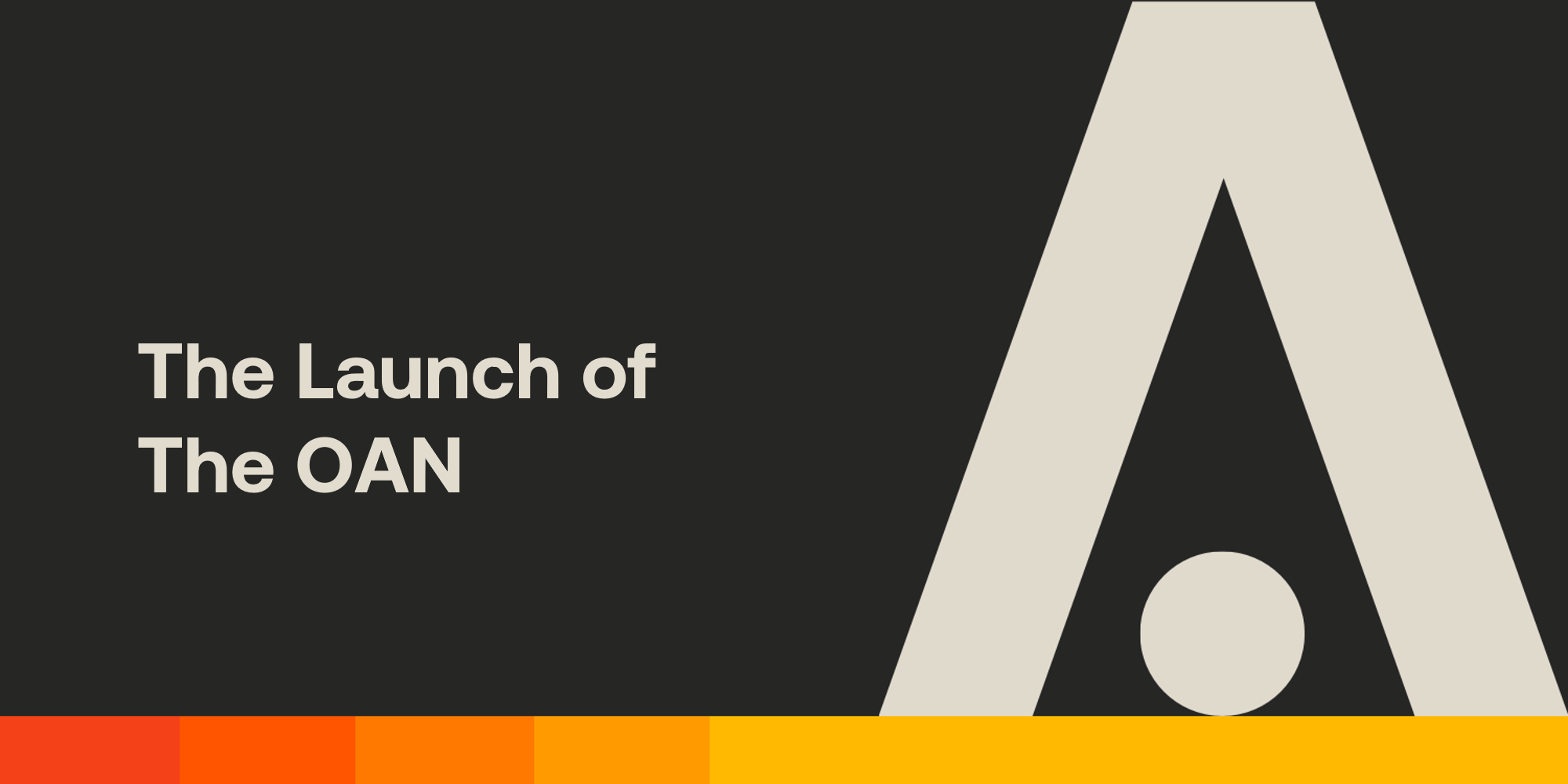 The Aion Project launched in July 2017 focused on providing the blockchain ecosystem with a scalable, private and interoperable public blockchain network. Since then, we launched our mainnet in April 2018, built the Aion Virtual Machine — world’s first JVM compliant execution environment on a public chain, and established the Aion Foundation with 55 employees across 3 cities (Toronto, Shanghai and Barbados) that leads the industry in financial transparency and engineering execution. Over the past two years we’ve achieved tremendous milestones and also learned many valuable lessons.

Observing ourselves and our peers in the ‘Layer 1 Smart Contract’ category we continued to notice a solution-focused narrative, espousing transactions per second, sharing designs and new consensus algorithms but never articulating what problems we can actually solve with this technology for real businesses and people today. We spend all our efforts solving difficult multi-year technical problems, but shy away from solving the real challenges of why this technology should be used in the mainstream today. We’ve built these amazing technical solutions, without any real user feedback loops. This ecosystem has positioned itself to build a better internet from the ground up — a clear and necessary pursuit — but has failed to explain why today’s companies, entrepreneurs, and consumers will transition towards this future.

Between us and our peers, we have all been playing the same game. We are constantly asked ‘when is DeFi coming to Aion?’ or ‘why should I build a dApp on Aion vs x,y,z network’. These repetitive narratives have led to an extremely crowded market, oversupplied with technical solutions with no real demand. This same narrative has simply reinforced Ethereum as the existing market leader in web3. We all use the same narrative of ‘dApps’, ‘DeFi’, ‘web3’ and ‘decentralized internet’ while vying to attract the same small developer audience year over year with no material real-world progress, just a series of experiments and dog-fooding. Not to say that nothing of value has been built in this category; we have seen some breakout experiments that illustrate the potential of web3 — namely Dai and the surrounding DeFi ecosystem that give us a window into possible early product-market fit. But that said, along the way, we became convinced that web3 was not the only category to take to market, and in fact, it might be the farthest one out from realization.

In evaluating our past strategies, we noticed that blockchain projects with a digital asset like us speak to two distinct audiences with the same narrative, brand and technical explanations — coinholders and developers. By doing so, we’ve created new, complicated and narrow terminology and descriptions that make it extremely difficult for developers and entrepreneurs to understand and create mental models of how to navigate and build on this technology.

It became clear that the current narrative for smart contract networks and our position in this category wouldn’t lead to breakthrough application experiences that solve real problems today.

In June, we launched a strategic review to explore what problems exist for established platform companies today and how our technology could be ready to solve them. We undertook significant amounts of research, including user interviews to ask questions that would better help us understand what challenges online platforms and their ecosystems face. In parallel, we also sought to understand what has held back developers and traditional tech companies from using blockchain technology. This led to the discovery of a new direction for Aion, one that is focused on establishing a distinct narrative in the traditional software industry focused on solving real problems that are understood and actionable today.

This new direction is marked by today’s launch of The Open Application Network.

Our Point of View

Every year, more of our daily economic and social activities move to the internet. Most of this movement is facilitated by generous online platforms that build software to coordinate, connect, and empower us. These platforms build early network effects through free services leveraging data and scale and then as shareholders expect and quarterly reports demand, they extract value from their respective ecosystems. This shift toward a platform economy has resulted in unintended consequences that must be addressed by next-generation solutions.

Read more about the unintended consequences of platform economies here.

Moving forward, the Aion project will proceed under two distinct brands, connected and linked to a common vision; The Open Application Network (The OAN) and Aion. This will result in distinct narratives and go-to-market strategies for our two audiences; platforms and their stakeholders, and the crypto ecosystem.

The Open Application Network solves the unintended consequences of platform economies. The OAN is an open source public infrastructure for the creation and hosting of Open Apps. Open Apps are programs that put users back in control and are universally accessible across platforms. Using Open Apps, developers can hook into existing platforms like Uber, Shopify, Twitch, etc. and create new breakthrough experiences. The OAN is built on open standards and is owned by everyone that uses it.

The OAN runs on Aion

The OAN is a public infrastructure that creates a new design space for Open Applications. As a public system, a global community of individuals, software companies, and institutions secure and maintain the operations of the network. The critical functions are enabled and incentivized through Aion. The usage of the network is metered and paid in Aion, compensating those contributing to its operations.

The OAN is exclusively focused on establishing a new paradigm of Open Applications within platform economies. We will be establishing this new design space by working directly with existing or early-stage technology platforms in markets such as e-commerce, mobility, content sharing and loyalty. Entrepreneurs, developers and product managers can quickly start building Open Applications using our suite of Open Kits that target specific use cases and provide standard APIs, documentation and templates all built using existing software standards, tools and best practices. By focusing on extending existing platform companies like Uber, Shopify, Slack, etc. with Open Application features or components, such as reputation, rewards or voting, The OAN can quickly drive early adoption.

Aion is now the exclusive brand and narrative of the digital asset, focused on establishing itself a leader in the crypto ecosystem. As the economic underpinning of The OAN, Aion is establishing a third category of digital asset, distinct from the narratives of Bitcoin (“State Free Money”) and Ethereum (“Decentralized Internet”), and their alternatives.

This category will be supported by bringing together a world-class ecosystem of validators, miners, exchanges, wallets, thought leaders, and organizations that support Aion and its usage in The OAN.

The introduction of Open Applications as a distinct category represents a tremendous step forward for blockchain technology to solve real problems that we as users, creators, drivers, or merchants face every day in the platforms we use.

We’re excited for you to join us on this journey.

2. What does this mean for current applications and node operators?

There will be no disruption or changes for current applications or node operations.

3. What does this mean if I have Aion?

4. How do I describe Aion and The OAN going forward?

The Open Application Network solves the unintended consequences of platform economies. The OAN is an open source public infrastructure for the creation and hosting of Open Apps. Open Apps are programs that put users back in control and are universally accessible across platforms. The OAN is built on open standards and is owned by everyone that uses it.

Aion is the digital asset of The Open Application Network. Aion is used to secure and access The OAN. As a public infrastructure, a global community of individuals, software companies, and institutions secure and maintain the operations of The OAN. These critical functions are enabled and incentivized using Aion.