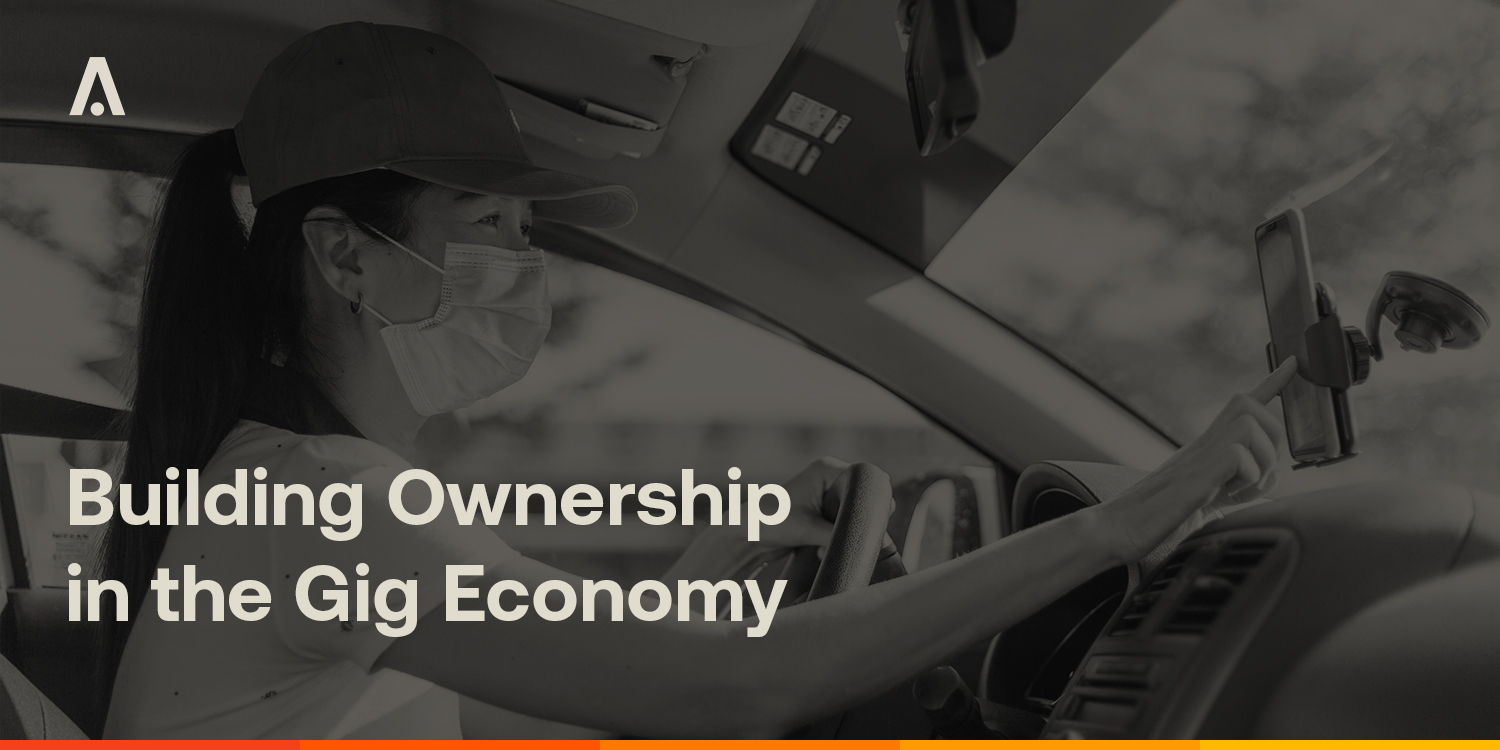 We’ve been on a mission this past year to bring to market a product that solves a real pain point for independent workers in the gig economy – the access to a financial safety net, while also exploring the design space of what Jesse Walden from Variant Fund calls “the Ownership Economy.”

We’re excited to share some of that thinking with you, to introduce you to the concept of the Moves Collective, and to tell you about a new product – Moves Crypto – that we’re launching in Alpha phase next month – designed for the Aion community and broader crypto ecosystem.

Building ownership into the gig economy

Crypto ecosystems and the mechanisms by which they engage their stakeholders are highly disruptive. As a new type of entity and organization, they use a common asset shared by all stakeholders to create value that aligns their economics interests. While these designs are by no means perfect, crypto ecosystems have been able to pull previously competitive stakeholder groups like shareholders and customers closer towards a more universal group of simply ‘owners.’

Within the Aion crypto ecosystem we experience the outcomes of ‘owner’ behaviors every day. Aion holders provide critical inputs into network security, reach out unprompted to potential partners and exchanges, coordinate community events, spot bugs in code and even in our grammar. Traditional companies spend immense resources to build a stakeholder group that engages in these types of behaviors based on their own intrinsic motivation.

We’re taking these lessons and insights from our experience at The OAN and the broader crypto industry’s experiments and applying them to how we engage with the stakeholders that power Moves.

(If you haven’t heard of Moves yet, check out: movesfinancial.com and the most recent monthly update)

Moves has three critical groups of stakeholders that enable the success of its mission:

Independent Workers: Individuals who earn a material amount of income through online gig platforms like Uber, Lyft, DoorDash, PostMates, etc. Moves provides this audience with access to a financial safety net to help navigate the uncertainty of the gig economy.

Capital Providers: Moves provides independent workers with frictionless access to a financial safety net. This offering requires Moves to access increasing amounts of external capital to make available to its expanding customer base.

Moves is bringing together these distinct stakeholders into a common structure called the Moves Collective. The Moves Collective is a new form of digital ‘co-op,’ transforming stakeholders from isolated customers, debt providers and platforms into Members in a common ecosystem. The purpose of this ‘co-op’ is to create a sense of community ownership that enables contributors to share in the value they create for Moves and develop a long-term economic alignment between stakeholders and the Moves vision.

This ownership and long-term economic alignment in the Moves Collective is represented and facilitated through a modern, digital, global and secure asset – Aion.

Earning Aion (and thus, ownership in the Moves Collective) is based on two factors:

In summary, an individual or organization’s ownership in the Moves Collective is based on the sum of the value created by activities performed and their respective Member Class (Eg: Independent Worker, Capital Provider).

Yash, an independent worker on Uber Eats and DoorDash joins Moves and subscribes to the financial safety net product. As a customer, Yash is now a Member of the Moves Collective. A portion of Yash’s monthly subscription fee is returned to him in Aion, increasing his ownership in the Collective. In addition, as Yash engages in behavior that provides value to the Collective – paying off his safety net early, referring a friend, sharing content – he earns Aion.

The vision of the Moves Collective

Through Moves, and through participation in the Moves Collective, independent workers will earn real economic value as the ecosystem grows, will feel a tangible sense of belonging and alignment with other members, and can leverage the member base as a platform to have a voice in the future of the gig economy.

In short, we envision the Moves Collective becoming the largest aggregate body of workers in North America, sitting alongside other stakeholders driving value for that base.

Over the past six months we’ve expanded our member base of independent workers through the Moves loan and e-bike financing products. Today we’re excited to announce a new product: Moves Crypto.

Check out the Moves Crypto announcement